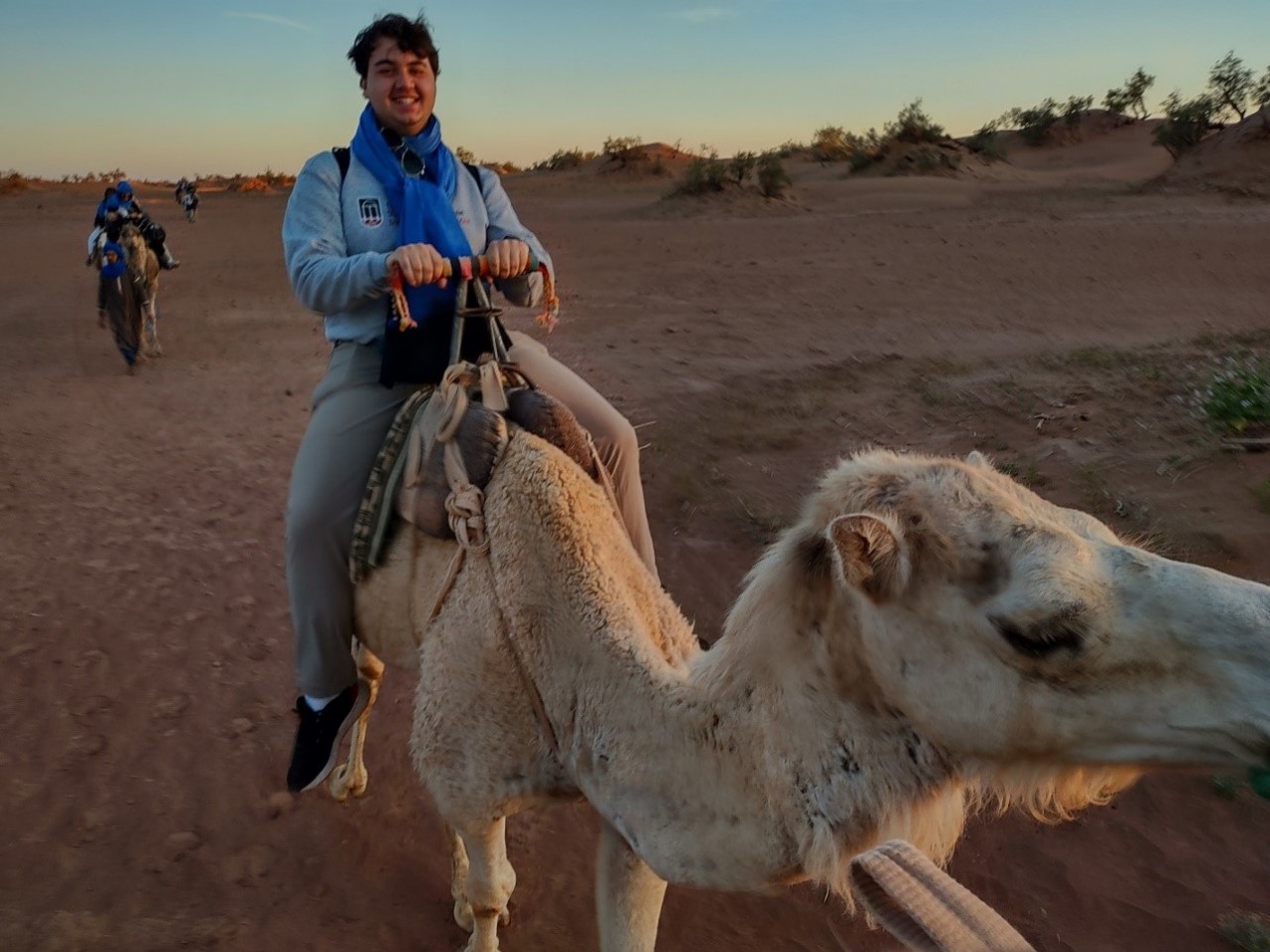 Tatum Hunda is the winner of the 2022 Nesbitt-Flatt Outstanding Senior for the College of Agricultural and Environmental Sciences Award.

"Supported by the Nesbitt-Flatt Educational Fund, this award was established to honor Gladys (Nannie) Nesbitt and her husband Joe Morrison Nesbitt, a dairy farmer from Marshall, Texas, and the parents of June Flatt. June Flatt was the wife of William P. Flatt, dean of CAES from 1981 to 1994. The Nesbitt-Flatt Outstanding Senior Award recognizes the Outstanding Senior in the College of Agricultural and Environmental Sciences who has excelled in student leadership activities while maintaining a superior academic record. The recipient will receive a certificate and a $1,000 scholarship from the Nesbitt-Flatt Scholarship Fund. This award is open to CAES students in their senior year who have been nominated by their department and earned 90 or more credit hours."

Tate Hunda is a 4th-year Animal Science and Biological Science double major with minors in Biology, Dairy Science, and Political Science. He is from Toccoa, GA though he went to high school at Wheeler High School in Marietta, GA. He has been interested in being a Veterinarian since a young age, and when he came to UGA he hoped to gain experience and exposure to livestock animals through the Animal Science program. Since doing so he has discovered a passion for the Dairy Industry and Agriculture. He has taken classes focused on reproductive health in livestock and will be attending the University of Georgia College of Veterinary Medicine in the fall. He intends to study mixed animal medicine and possibly return to North Georgia after Veterinary School to be a clinician.

In his time at UGA, Tate has been involved in a wide variety of clubs and organizations. He joined the Pre-Vet Club his first year as well as served as a Connect Member in the Student Government Association. He participated in the Philharmonic orchestra during his second year. He also joined the Large Animal Emergency Critical Care Team at the UGA Teaching Hospital. During his third year at UGA, he joined the Dairy Science Club, Omicron Delta Kappa National Leadership Honor Society, and The Arch Society. During his senior year, he continued most of this involvement which was highlighted by leadership roles as the Treasurer for the Dairy Science Club and National Secretary/Treasurer for the American Dairy Science Association Student Affiliate Division. He also served as the Head of the Training Committee for The Arch Society and won the Tom Cochran Service Award for the over 100 hours of service he committed to the University of Georgia through this organization. He was also inducted into Phi Kappa Phi in the fall of his senior year. He also rejoined the Student Government Association as a Policy Advisor in the 34th Administration.

Outside of extracurricular activities, he also completed Undergraduate Research in Kinesiology at the Call Lab which focused on skeletal muscle dysfunction. His specific project focused on the metabolic flexibility of muscle cells following Volumetric Muscle Loss injuries. Tate completed an Honors Thesis on his project and served in this lab for 3.5 years. He also has worked part-time as a Student Assistant at the University of Georgia College of Veterinary Medicine Department of Pathology where he trims in Zoo and Exotic Animal Tissues for the ZEAPS pathology service. Tate has held this job since the summer of 2019. He also served as an Undergraduate TA for Dr. Paige Carmichael's VPAT 3100H Introduction to DIsease course in the spring for 3 years.

Tate also studied abroad through the Foundation Fellowship Scholarship program in Oxford, England, and Morocco. He took a class in Biomedical Ethics at Oxford University during the summer of 2019. He also spent the summer of 2021 in Washington, D.C. as a member of the Honors in Washington Cohort where he served as a Georgetown Policy Intern.